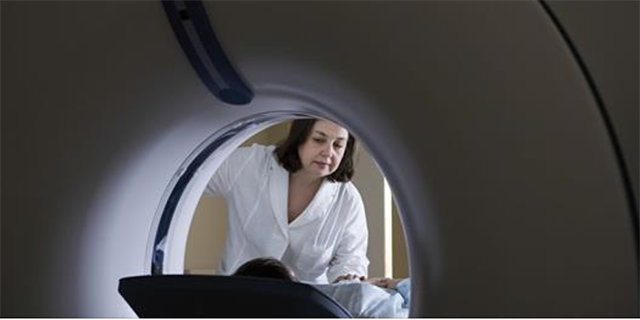 Diagnosing cancer early is important for improving the chances of long-term survival from the disease. Perceived delays in cancer diagnosis are a common cause of distress for patients and their families – and a frequent source of legal complaints.

Most patients with cancer first present with symptoms to their GP, and so the GP plays a critical role in early cancer diagnosis. But this is a challenging task, and as our new paper in the Medical Journal of Australia shows, it is even more challenging for certain cancers.

As part of a patient experience survey of more than 1,500 patients attending a Victorian cancer hospital, we examined patients’ visits to their GP and time taken to see a cancer specialist preceding their cancer diagnosis.

We showed that people with myeloma (cancer of the plasma cells in bone marrow), pancreatic or brain cancers were more likely to have had multiple visits to their GP before referral for suspected cancer. In contrast, women with breast cancer were often referred after the first GP visit and were most likely to be diagnosed within three months of the onset of their symptoms.

There are some important reasons why diagnosing pancreatic, brain tumours and myeloma are the most challenging for GPs.

Symptoms more likely something else

These are all relatively rare cancers and so a GP might only see a patient with each of these cancers once every three to five years. More importantly, the symptoms with which these cancers first present are usually caused by a much more common, benign condition.

For example, pancreatic cancer may initially cause abdominal or back pain, indigestion, or reduced appetite. Only later may people develop jaundice, which is a much more serious and specific symptom of pancreatic cancer, but one that’s usually associated with later-stage disease.

The first time someone visits their GP with indigestion, for example, the doctor is unlikely to consider pancreatic cancer as a likely cause for their symptoms because it is so unlikely (less than a one in 100 chance). Even if that patient had also lost weight, the likelihood it is due to pancreatic cancer is still only about one in 25.

If you go to see your doctor because you have indigestion, they won't jump to a diagnosis of pancreatic cancer. Picture: shutterstock.

To add to the complexity, a GP may be more likely to consider stomach rather than pancreatic cancer because it is a more common cancer causing this symptom. A GP may therefore refer this patient for an endoscopy to check for stomach cancer instead of a CT scan, the preferred initial test needed to diagnose pancreatic cancer, thereby delaying diagnosis.

A GP has to be able to assess the likelihood of multiple possible causes of symptoms, creating their own internal ranking of possible diagnoses. Cancer will often be quite low down this list of possible causes simply because, statistically, it is less likely. Only when a patient develops additional symptoms and visits their GP a second or third time will cancer be bumped up this list and specific tests ordered, usually to rule out cancer as a possible diagnosis.

Our study found more than a third of patients with bowel cancer took more than three months from recognising there was something wrong to first seeing a hospital specialist. This reflects a significant problem of long waiting times for colonoscopy in the public system. We know from related research at the University of Melbourne that, in Australia, we are overusing colonoscopy and we need to target the use of this test better to those most likely to benefit.

How soon is too soon?

So how soon should a doctor order key cancer diagnostic tests such as CT scans or refer the patient for an endoscopy?

A large study of patients in the UK showed people want to be investigated promptly if their chance of having cancer was as little as one in 100.

But many tests to diagnose cancer are quite invasive, such as colonoscopy, and can have significant risks, such as puncturing your bowel. There is also growing recognition of the harms of radiation from multiple CT scans, including causing cancers.

In a publicly funded health-care system, we must also be cognisant of the economic costs of ordering moderately expensive tests when the chance of finding an abnormality is low. This is a very sensitive issue in the context of arguments about the growing Medicare budget, but we need an open debate about how to deliver more rational and cost-effective use of limited and potentially harmful diagnostic tests while still diagnosing cancer early.

This article first appeared in The Conversation on 18 July 2016. Click here to view the original.