The authors of a world-first study of GPs have found that girls as young as 15 are undergoing labiaplasties and other procedures, even though the medical consensus is that female genitalia do not reach maturity until around the age of 18. 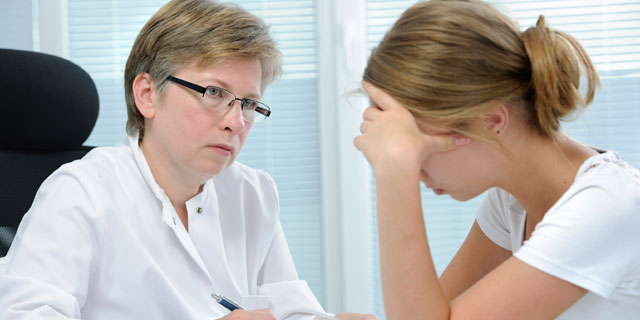 Of the 443 GPs who took part in the study, published in BMJ Open, more than a third said they had had requests from girls under 18 for female genital cosmetic surgery, mostly due to concerns about the size of their labia.

The lead author, Dr Magdalena Simonis, of the University of Melbourne’s Department of General Practice, said at least half the requests came from girls and women whom GPs considered emotionally vulnerable, suffering from anxiety, depression, relationship difficulties or body dysmorphic disorder.

“There’s an epidemic of anxiety about normality,” Dr Simonis said.

“Ninety-seven per cent of the GPs who took part on our study had been asked by patients if they were normal, yet GPs, until recently, have had very little information about the risks of surgery, and few resources to educate women about what’s normal.

In 2013, more than 1500 labiaplasties were performed in Australia, with a three-fold increase in the procedure over the previous 10 years, despite there being no increase in genital abnormalities.

“The fact that surgery rates for 15-24 year olds are the same for 25-45 year olds is especially worrying, because female genitalia don’t reach maturity until around age 18.

The study identified fashion, online pornography, perceptions of beauty, as well as Brazilian waxes as playing a major role.

The cosmetic surgery industry was also exploiting women’s ignorance of their own biology.

“The industry is brilliant at using social media to convince women and girls that they have ‘redundant’ or ‘excess’ tissue, when in fact we know that the labia are rich with nerve fibres,” Dr Simonis said.

“Surgery to ‘trim’ labia can affect sexual response, because the clitoris is not just a ‘pea’ as described in textbooks, but is a larger organ, most of it not visible to the eye.”

As of 1 October 2016, the Medical Board of Australia advises that girls under 18, receive mandatory counselling and a three-month cooling-off period.

However the UK Royal College of Obstetricians and Gynaecologists and the British Society of Paediatric and Adolescent Gynaecologists request that surgery be avoided under the age of 18.

Dr Simonis is author of a Royal Australian College of General Practitioners (RACGP) clinicians’ guide on female genital cosmetic surgery, the first guide for Australian GPs and other health professionals, published in 2015 around the time of the survey. She also collaborated on the award-winning Women’s Health Victoria Labia Library.

This article first appeared in the Melbourne Newsroom on 6 October 2016. View the original article.