Children with physical disabilities are walking tall thanks to a visionary research program supported by a generous donor. The Royal Children’s Hospital (RCH) Department of Orthopaedic Surgery and the University of Melbourne are changing the lives of children with gait problems, giving them greater freedom of movement and a more independent future.

And now, thanks to the Pamela Galli and Bob Dickens Paediatric Orthopaedic Research Trust, the world-leading research is set to be maintained and strengthened.

A new lease on life 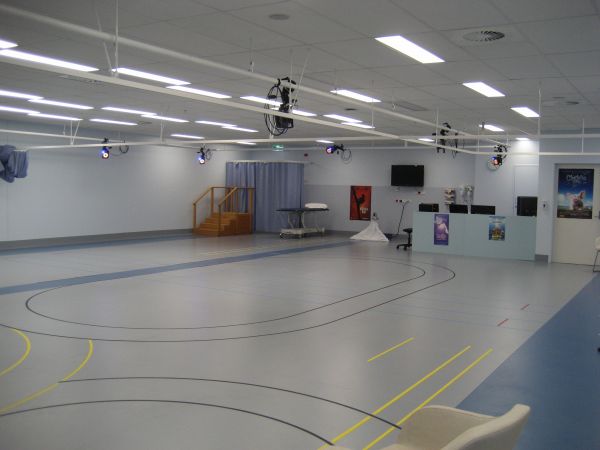 The work is conducted by the Hugh Williamson Gait Analysis Laboratory, part of the Department of Orthopaedic Surgery, which develops new ways of treating complex gait issues.

The research is already working small miracles with children who would otherwise have extremely limited mobility. In one recent case, complex surgery the team pioneered enabled a six-year-old boy with cerebral palsy to play soccer. Until then, he could only run on tiptoes.

The Department’s incredible transformative surgery across a range of conditions would not have been possible without the vision and now the legacy of Dr Dickens, who died in 2020. 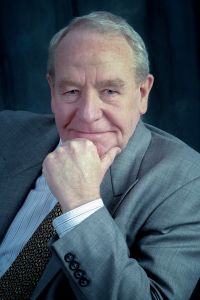 Affectionately known as ‘Bob the Fixer’ by colleagues, Dr Dickens was passionate about giving young children with cerebral palsy and other physical disabilities the best possible chance to walk.

He was equally dedicated to establishing the infrastructure and resources to support and promote research excellence to achieve this goal.

Professor Graham is now passing the torch to the next generation safe in the knowledge that the lab’s future is planned and secure due to the Trust, generously established by philanthropist, Pamela Galli AO.

The Trust provides for a Bob Dickens Chair in Paediatric Orthopaedic Surgery and supports 12-month Research Fellowships. The Bob Dickens Research Fellowships in Paediatric Orthopaedics are aimed at emerging surgical leaders who are passionate about research but find themselves in a ‘catch-22’, where they are doing great work but can’t secure a grant without building their track record.

By funding the Chair position, the Trust also enables continuing and additional support from the University of Melbourne for research undertaken by Department of Orthopaedic Surgery through the Department of Paediatrics in the Melbourne Medical School.

The power of philanthropy

The inaugural Bob Dickens Research Fellows, Dr Erich Rutz and Dr Stewart Morrison, agree the program has been pivotal in accelerating their research outcomes and careers.

Dr Rutz, an orthopaedic surgeon who recently succeeded Professor Graham as Director of the Hugh Williamson Gait Analysis Laboratory, developed the procedure that allowed the six-year-old boy with cerebral palsy to run.

Dr Rutz says the Fellowship has enabled him to dedicate time to his research and support a broader network. “Previously, it was colleagues or friends helping me with research projects,” he says.

“Now I really feel supported and embedded in a great professional environment at the University of Melbourne.”

Dr Morrison, a consultant orthopaedic surgeon at the Royal Children’s Hospital and Monash Health, is using the Fellowship to create a Limb Reconstruction Registry to ensure as many children as possible with rare diseases can achieve optimal function.

What was once a ‘pipe dream’ has already evolved into a bigger project that can enable other Australian institutions to set up the next decade or more of research.

Read more about the 2021 Fellowship projects below Professor Graham is rightly proud of the dynamic program that continues to support surgical improvements, standards of care and children’s lives.

He says Dr Dickens’ and now Mrs Galli’s support “bookended my career from start to finish”, for which he is incredibly grateful. It has also secured the future of those who follow.

“None of this would have been possible without Bob's work in 1994, and without Bob and Pamela's work in 2020,” Professor Graham says.

Professor Graham is now contributing to an international search for the Chair in Paediatric Orthopaedic Surgery. He feels confident that the work Dr Dickens began, and he enhanced, will continue to break new ground.

“I'm leaving with optimism and assurance that this important program is going to continue because the key issues of sustainability and support have been addressed by Bob Dickens and Pamela Galli and the advisory committee supporting their efforts,” he says.