Professor Harriet Hiscock has improved the lives of countless children by identifying and addressing physical and mental health problems early. 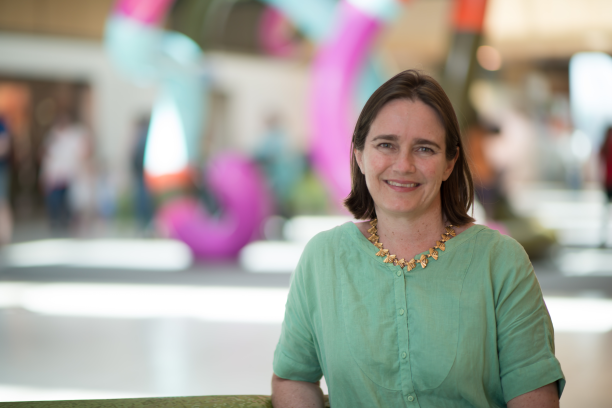 A systematic approach to child health

Professor Hiscock’s acclaimed work as a paediatrician and researcher is based on the simple premise that all children deserve the best care and a bright future, with early intervention central to both.

As a child in Melbourne, Professor Hiscock watched the movie Sybil, in which a girl with multiple personality disorder, now known as dissociative identity disorder, is ‘cured’ by a female psychiatrist. “I remember thinking ‘that’s what I want to do’,” she says.

Fascinated by human behaviour and child development, Professor Hiscock studied medicine at Monash University, and interned at the Alfred Hospital. When she saw that most mental health patients were aged over 60, she wondered why they hadn’t been diagnosed earlier.

So began an incredible career as a behavioural paediatrician, enhanced by working in England in the mid-1990s with adults experiencing psychosis and primary school aged children with extreme behaviour issues.

Her experience in England opened Professor Hiscock’s eyes to how much more the profession had to learn about mental illness and taught her to question the evidence behind medical practice.

She completed her paediatric training at The Royal Children’s Hospital. Her doctorate with the University of Melbourne developed a two-session intervention, with a phone call in between, offering strategies to improve the sleep of babies and the mental health of mothers. Published in the British Medical Journal, it led to an NHMRC grant to train maternal and child health nurses. The Victorian Government funded its implementation state-wide.

The resulting sleep e-learning program is used by more than 1000 practitioners globally and has spawned interventions for primary school children and those with ADHD, autism and epilepsy. More recently, through Murdoch Children’s Research Institute (MCRI), the sleep strategy has been incorporated into bedtime stories, Sleep with Kip.

Much of her work now involves upskilling GPs, paediatricians, and psychologists to recognise and deal with physical and mental health problems early. This is already helping to keep children out of hospital and improve mental health care.

The Strengthening Care for Children pilot, for example, used paediatricians in partnership with North Western Melbourne Primary Health Care Network to upskill GPs in five practices on the care of common child physical and mental health problems. All parties loved the program and referrals to emergency departments and private paediatricians were reduced. This approach is now being trialled in 22 GP practices across Victoria and New South Wales.

A Centre of Research Excellence in Childhood Adversity and Mental Health trial is also developing holistic centres with GPs, paediatricians, allied health staff, lawyers, nurses and wellbeing coordinators. They will see children aged 0-8 in Wyndham Vale and Marrickville whose families face adversity such as financial disadvantage and family violence.

In 2019, she co-authored research that found most Australian children with mental health disorders weren’t getting professional help. Her work also led to a child mental health measure being added to the Victorian School Entry Health Questionnaire. As always, early intervention was a focus.

Professor Hiscock, who gave evidence at Victoria’s Royal Commission into Victoria’s Mental Health System, says demand for mental health services for children and young people rose steeply during the pandemic. Her call for a holistic approach and systematic change became even more urgent.

“There was a real lack of expertise being offered for children under the age of 12,” she says. “Some kids do grow out of it, but we know a lot don’t. There’s been very good work around youth mental health, but you don’t wake up at the age of 14 anxious and suicidal.”

“COVID really highlighted the issues that we had already seen … younger children’s mental health was not being thought about or cared for, [and] low socioeconomic families were missing out on care or sitting on long waiting lists. It really just widened the cracks that were already there in the system.”

While carving out her medical career, Professor Hiscock and her husband Jonathan raised Edward, 21, who studies engineering at Monash University, and Claudine, 18, who studies philosophy, politics, and economics at ANU.

They were ecstatic when their team broke its 37-year premiership drought in 2017. “We’re all diehards,” Professor Hiscock says. “At our wedding we walked into the reception to the Richmond Football Club song.”

Professor Hiscock believes that, like her, every parent wants the best for their child. Her job is to help them provide it. “My passion is at the beginning of life and what we can do to get kids healthy and well and set them on the right trajectories,” she says.