Bert was a proud traditional general practitioner who made family medicine his life's work. He firmly believed and preached early diagnosis and preventive medicine. 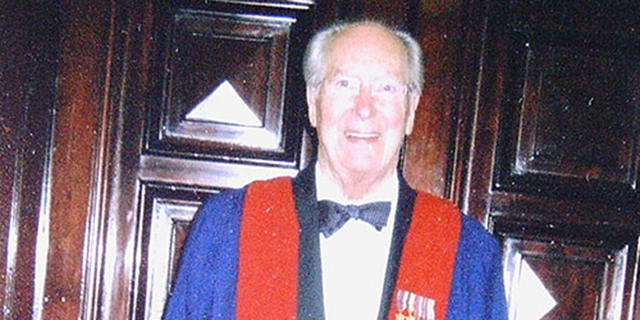 A tribute from Alan Vanrenen

Having enrolled in the Melbourne Medical School pre-war, 'Bert' enlisted in the army as a student at Ormond College, served in Commandos in New Guinea and Bougainville from 1943-46, then resumed his studies, with some post war effects, until graduation in 1951.

He followed in the footsteps of his uncle, Dr Bertram Milne Sutherland, while his three brothers continued in Agriculture in Victoria.

Bert was a proud traditional general practitioner who made family medicine his life's work. He firmly believed and preached early diagnosis and preventive medicine.

His impact on patients was evident by the stories told by those attending his funeral. ‘Go to any doctor to get pills, go to Dr Vanrenen if you want to find out what's wrong’. Thus his patient questionnaires were quite thorough (and long) as he sought clues to current and potential issues. If he was unsure, and had to refer patients onwards, his detailed patient notes were appreciated. Late night emergency call outs were common, as were 80-hour weeks.

He supported his family, provided them with great opportunity, and was quite active until around 2008.

Bert passed away peacefully at The Gables on 6 July 2014, survived by his wife and three children.