Roy will be remembered for his absolute dedication to his patients whom he treated equally no matter their walk in life, his unerring sense of responsibility, honesty, empathy, modesty and great humour. 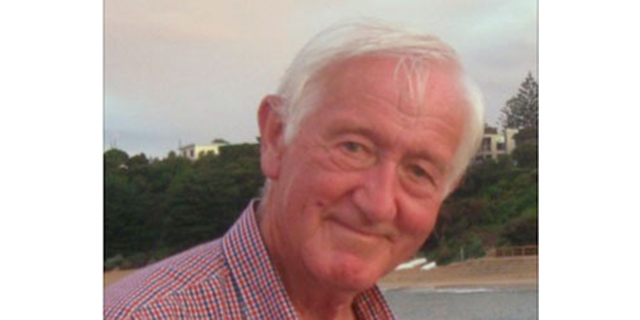 Roy Lawrence Willis Fink was born in Ballarat on 27 April 1938. His father was a state school headmaster and the family moved between various country towns, including Learmonth, Yea and Benalla, before moving to Ferntree Gully and subsequently Bentleigh. His early years were influenced by World War II, holidays with relatives in the Western District, the romance of the bush, general mischievousness and country football.

He completed his schooling at Xavier College, where he excelled academically and competed at a high level in athletics and football, being identified at this time by the Prefect of Studies at Xavier College as the sort of person who would form the backbone of society. It was at Xavier’s May Time Fair that he met the girl with whom he would subsequently form an enduring and unbreakable bond, Jill Duncan. He barracked for Richmond in his early years but, influenced by a Xaverian who played for Hawthorn, commenced his lifelong attachment to the Hawthorn Football Club in the lean years of the 1950s.

Roy matriculated with honours and was awarded a Commonwealth Scholarship to study at university. Encouraged by his family’s general practitioner, he commenced studying medicine at the University of Melbourne in 1956. He focused on his studies, but also found time to develop his relationship with Jill, firm and long-term friendships with a number of fellow medical students, play amateur football for St Paul’s Bentleigh CYMS and work as a labourer for the Public Works Department during university holidays.

He described as a ‘natural choice’ the decision to undertake the clinical years of his medical degree at St Vincent’s Hospital (SVH) Clinical School in view of his sense of duty to the Catholic Church and the fact that most of his friends chose to go there. This was the start of an association with SVH that would last for 53 years. He felt a strong sense of allegiance to SVH throughout his career and afterwards.

Roy graduated in 1961 and was a Resident at SVH in 1962 and 1963. He likened this to a period of imprisonment alleviated by parties and games, including one that involved attempting to fit as many people as possible on the mantelpiece in the residents’ quarters. He was a noted mimic, imitating hospital consultants, including John Horan. In 1964, he was an anatomy demonstrator at Melbourne University. He chose a career in surgery, was a Surgical Registrar at the Heidelberg Repatriation Hospital in 1965 and at SVH in 1966, working for his ‘surgical hero’, Jim McCoy. He was awarded the Fellowship of the Royal Australasian College of Surgeons in 1967. Roy and Jill were married in 1963 and their children, Michael, Kathryn and Liza, were born in 1964, 1966 and 1969, respectively.

Roy rounded out his surgical training in England, working from 1967 to 1969 at the Lambeth Hospital, Nottingham General Hospital and St Mark’s Hospital. It was at the latter that he developed his interest in colorectal surgery. He was awarded the Fellowship of the Royal College of Surgeons (England) in 1967. This was a stimulating period of career development, but also included frequent family trips in the countryside of the British Isles in a tiny caravan.

In 1970, the family returned to Melbourne and Roy renewed his association with SVH, being appointed Casualty Surgeon and Honorary Outpatients Assistant, and opened a private practice at 20 Collins Street, which he moved to 55 Victoria Parade, Fitzroy in 1979. He was a Consultant Surgeon in the Connell Unit and Hurley Unit, before joining the Ryan Colorectal Unit. In 1986, he moved to the Vellar Unit and rejoined the Colorectal Unit in 1989. He was the Director of the Department of Colon and Rectal Surgery from 1999 to 2003 and was a founding member of the Colorectal Surgical Society of Australia and New Zealand.

Roy’s strong interest in teaching at an undergraduate and registrar level continued for much of his career and he was particularly renowned for his ‘lumps and bumps’ teaching sessions. He was an examiner for the MBBS for 25 years and also examined for the RACS Clinical Examination. He pursued research in anorectal pathophysiology and colorectal clinical disorders. From 1974 to 1991 he held the position of Senior Lecturer in the University of Melbourne Department of Surgery and Associate Professor of the University of Melbourne, SVH Clinical School from 2000 to 2011.

Roy retired from private practice in 2003 and from his consultant position at SVH in 2004. However, he retired gradually and continued roles in risk management at SVH, running a surgical clinic at Port Phillip Prison, as a private surgical assistant, and as Senior Examiner for the Australian Medical Council and Medical Panel member for Workcover. He suffered from locally advanced, and subsequently metatstatic, adenocarcinoma of the pancreas over three years, though he bore his tribulations with courage and pragmatism. He passed away at St Vincent’s Private Hospital on 11 January 2014.

Roy will be remembered for his absolute dedication to his patients whom he treated equally no matter their walk in life, his unerring sense of responsibility, honesty, empathy, modesty and great humour.

This obituary has previously been published by the Royal Australasian College of Surgeons and St Vincent’s Hospital.