William Lockhart Rait, a pioneer of high altitude medical research, died at the age of 104 in a Melbourne Nursing Home on 7 December 2013. 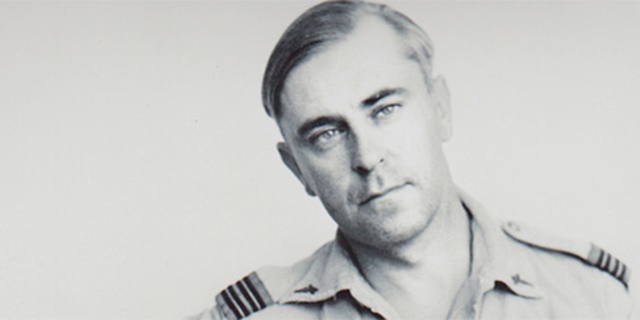 William Lockhart Rait, a pioneer of high altitude medical research, died at the age of 104 in a Melbourne Nursing Home on 7 December 2013.

Bill was the third of four children to William John Rait, a Hobart city engineer and Minnie Simpson Livingston. Born in the Edwardian era, he could recall the first electric lighting being installed in Hobart and witnessed the first aircraft flight in Tasmania, made by Delfosse Badgery, a New South Wales grazier who shipped his biplane to Hobart in September 1914.

At the outbreak of war in 1939, Bill became the officer in command of D company of the 43rd Battalion of the militia, and as a company commander he was ordered to defend Darwin after he survived the Japanese attack of 19 February 1942. Remarkably, Bill received written orders on 27 March 1942 for his troops to take up defensive positions along the Darwin road as it was expected that ‘the enemy will attempt to land in the Darwin area within the next few days’ and ‘that the area will be held to the very end’. This task was even more daunting given that they had next to no ammunition!

When the feared invasion did not eventuate, Captain Rait was ordered by the Medical Co-ordination Committee to leave Darwin and attend the University of Melbourne to complete his medical degree. He graduated MBBS in 1947.

On graduation, Bill entered the RAAF as a medical research officer with the Aircraft Research and Development Unit. While acting as the Senior Medical Officer of the RAAF in Singapore in 1951, Squadron Leader Rait toured Mobile Army Surgical Hospital (MASH) units in Korea and was attached to the American 3rd Air Rescue Squadron to witness helicopter rescue techniques – at that time a relatively new innovation. He participated in the dramatic helicopter rescue of an Australian Mustang pilot before returning to serve in the Malayan Emergency.

In 1952, Bill was attached to the RAF Institute of Aviation Medicine at Farnbourough, UK, a leading centre for aviation medical research in the world. This experience proved pivotal. As the RAAF’s only doctor-scientist, Bill subsequently pursued research into decompression sickness, which had hitherto been a serious complication of high altitude flight, and had led to ten deaths of aircrew in the United States and Britain during and after the Korean War. Bill sacrificed his spare time in months of tedious research, including studying many ‘near-miss’ case histories.

With the support of Bill’s mentor and professor of physiology at the University of Melbourne, RD Wright, a grant was obtained to buy test equipment to maintain a laboratory, and conduct research. Many lives were saved by Bill’s investigation of high altitude decompression and improved pressurisation methods. In 1969 the University of Melbourne conferred Bill with the Doctor of Medicine in recognition of his original thesis based on this research work.

By 1956 Bill had risen to the rank of Wing Commander and been appointed first Commanding Officer of the School of Aviation Medicine at Point Cook. He had also acted as the RAAF's medical observer at the Maralinga nuclear tests. The greatest achievement in Bill's life, however, was his 1956 meeting with journalist, Lila Hansen, who was to become his life-long companion. They became engaged during the Melbourne Olympics and were married in March 1957. They had two children, Bill becoming a father for the first time at the age of 49!

In 1964, aged 55, Bill retired from the RAAF and took up the position of Industrial Hygiene Medical Officer with the Department of Health. His expertise in decompression was highly applicable to a number of underground construction projects then in progress. On retiring from the Department, he subsequently entered general medical practice in Geelong with his elder brother, Cecil.

Bill also served for many years as a local government councilor, and was Mayor of the City of Brighton, between 1973 and 1974.

LIke his father and grandfather before him, Bill possessed an extraordinary memory. Even past age 100 he could recall comprehensive details of English literature, history and clinical anatomy. The other remarkable thing about Bill was his physical fitness. He exercised with a brisk daily walk until his mid-nineties, when osteoarthritis in his knees forced him to slow down.

As a young man, Bill wrote down a list of the things he wanted to achieve in life: in his final years he said he had achieved everything on the list, including living to 100, with the one exception of running for State Parliament, an opportunity he was offered but declined. However, of all his achievements he said: ‘it is the people in your life that matter’.

Bill is survived by his wife, Lila, their children, Julian and Alison, and four grandchildren, Nicholas, Emily, Louise and William.