An innovator in epilespsy treatment

Professor Mark Cook is Director of Clinical Neurosciences at St Vincent’s Hospital in Melbourne and is internationally recognised for his research in epilepsy treatment. 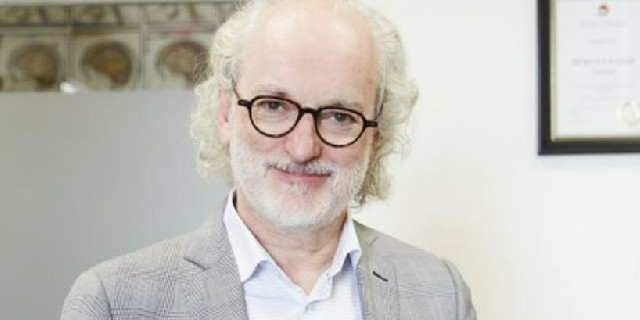 Dad’s epilepsy was very badly controlled and it was clear that nobody had any idea what was happening with his seizures. That realisation had a significant influence on me , recalls Professor Cook.
People with epilepsy often lead restricted lives and can lose their independence. It’s sobering when you speak to someone with epilepsy and they tell you they just want to be able to drive or get a job. If you can do something to give people back their independence, it changes lives.

After graduating from the University of Melbourne, Professor Cook was awarded a brain research fellowship and travelled to Queen Square in London to immerse himself in epilepsy surgery. It was the early days of MRI technology and Professor Cook was part of a team developing new techniques and using MRI scans to try and determine where seizures originated from.

Returning to Melbourne, he received government funding to continue his research at St Vincent’s Hospital which focused on developing techniques to predict seizures. About 20 years ago, a meeting with Professor Graeme Clark, pioneer of the cochlear implant, saw Professor Cook realise the potential of modifying the bionic ear technology to instead predict seizures.

He engaged engineers to work with him, epilepsy patients and clinicians to create an implantable metal device, called Epiminder, that sits just underneath the scalp.

The Epiminder features electrodes that run underneath the scalp, on both sides of the head, that capture the brain’s electrical activity. This data is transmitted to a mobile phone app and to the cloud and is then streamed and analysed by machine learning systems.

So far, 12 Australians have received the Epiminder device and Professor Cook says the next step is to collaborate with international centres to make the device available to people whose lives are affected by epilepsy globally.

Professor Cook has also led the way in world-first epilepsy treatment to help people control severe clusters of seizures. One treatment involves a pump being implanted into the abdomen with a small tube under the skin that continuously sends an anti-convulsant drug to the brain. Eventually, this will deliver treatment only as and when needed. Patients taking part in the first treatment trial saw a 77 per cent reduction in seizure frequency.

Epilepsy is a debilitating condition and despite it being very common, it’s not discussed enough, he says.
I still see patients and it’s very rewarding to be doing something that may change how people with epilepsy manage their lives.