Imaging sodium in the brain

Sodium is critical for neuronal firing and is found in altered distributions in several brain diseases. While Sodium provides the second strongest MR-observable signal in biological tissue, its bulk signal strength is around ~20,000 times less than that of water making it difficult to reliably image, even at high field such as 7 Tesla. Our group has been developing new MRI sequences and post-processing techniques to image sodium and study sodium in different parts of the brain. 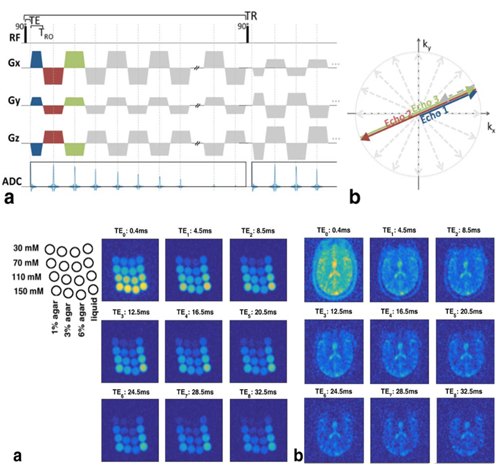