The Victorian Honour Roll of Women acknowledges and celebrates the outstanding achievements of women in Victoria. Since 2001, 607 inductees have been honoured for their significant and lasting contributions to Victoria, Australia and beyond. Inductees have contributed to lasting change in Victoria, Australia and the world, in many fields of endeavour.

Dr Ruth McNair was inducted onto the Victorian Women’s Honour roll for 2017 at the award ceremony on March 6th.

We are extremely thrilled that Ruth has been recognized in this way for her substantial contributions to the Victorian community over the course of her many years of medical practice, academic research and sustained community support and advocacy. Throughout her career as a general practitioner, Ruth has made a lasting contribution to the general health and quality of care for countless LGBTI individuals, families, partners and allies in the local community. She has also worked with various marginalised populations including Aboriginal communities and women prisoners.

Ruth said that she was surprised and delighted to receive a letter of congratulations from both the Dean of MDHS and the Vice Chancellor and that it gave her a lift to keep doing this work. 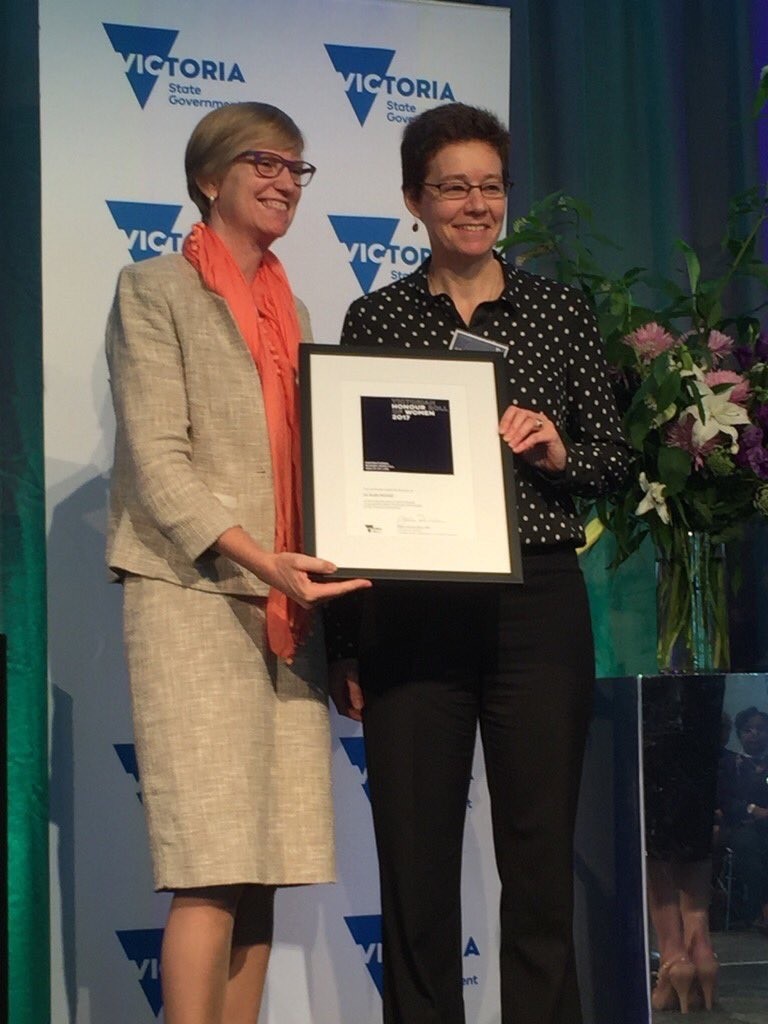