Introducing Dr Rhian Parker to the role of MAVe Coordinator in the SAFE team! 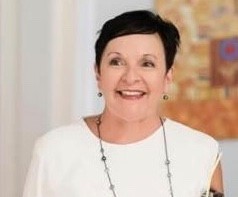 Rhian worked in the Department of General Practice, University of Melbourne as a Lecturer from 2002-2007. She then went on to work at Monash University as a Senior Lecturer and the Australian National University as an Associate Professor in the Australian Primary Health Care Research Institute (APHCRI). Rhian has a PhD from Monash University. Her research focus at APHCRI was primary care nurses. She has published extensively in this area. She has conducted a number of service evaluations and was involved in the knowledge translation work of APHCRI. She was a member of a team led by the University of Canberra evaluating a $30million program funded by the Federal Government of utilising Nurse Practitioners in Aged care, both in aged care facilities and in the community. Rhian led the qualitative stream of this evaluation. On leaving Canberra Rhian decided to retire. That was short lived and she is now working on the MAEVEe  (Melbourne Research Alliance to End Violence against women and their children) project.