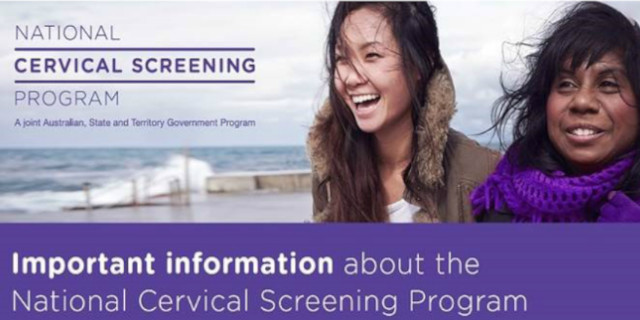 A STUDY designed to assess the first 6 months after the National Cervical Screening Program switched from cytology- to primary HPV-based screening is the winner of the 2019 MJA/MDA National Prize for Excellence in Medical Research, for the best research article published in the Medical Journal of Australia in the previous calendar year.

The National Cervical Screening Program was recently overhauled, with the test for the human papillomavirus (HPV) replaced the Pap smear testing in. Now a study led by researchers from The Women’s and the University of Melbourne has shown that the shift in Australia’s cervical screening tests is resulting in earlier detection of potentially cancer-causing infections just two years after the change.

The Pap test (cytology-based screening) used to look for cell changes in the cervix, whereas the new Cervical Screening Test looks for HPV, the virus that causes these changes, which can develop into cervical cancer. In the new program HPV testing is offered to women aged 25–74 years every five years. The HPV test is more effective than the Pap test at detecting underlying high-grade disease and cancer. This means that in the longer term the new program is expected to lead to reductions in the incidence and mortality from cervical cancer, compared to the previous program. But as it is still very early days, it’s important to monitor how it is going as women transition to the new test.

Dr Dorothy Machalek, an HPV researcher and Epidemiologist based in the Centre for Women’s Infectious Diseases at The Women’s, worked with a team from Douglass Hanly Moir Pathology in Sydney to review 195,600 samples submitted for testing during the first six months after the change in the program. The study looked at key program outcomes including HPV test positivity and management recommendations in the new program.

Published in the Medical Journal of Australia, the study found that the vast majority of women (91.9%) who had their first HPV-base screening test were negative for HPV, meaning that they do not need to go back for another test for 5 years. Among the remaining 8.1% who were positive for HPV, 5.4% were recommended for repeat HPV testing after 12-months. This allows the healthcare provider to monitor the infection and intervene if there are any further changes to cells.

Finally, 2.6% of women were referred directly to colposcopy (a procedure to examine the cervix for signs of disease), for further investigations because their risk of having high-grade disease was higher in this group. This is more than three times as many referrals, than those based on Pap testing. It had been anticipated that more high-grade disease and cancer would be detected during the first round of the new program than previously because HPV testing is more sensitive than the Pap test.

These early observations suggested that the change to HPV tests is delivering results and potentially saving lives and the community can feel reassured that Australia has a have a world class cervical cancer screening program that is based on up to date scientific evidence and best practice. However, ongoing timely program monitoring is critical for ensuring community confidence in the new policy is maintained.

Congratulations to Dr Dorothy Machalek and Professor Suzanne Garland and the other authors for this great achievement.