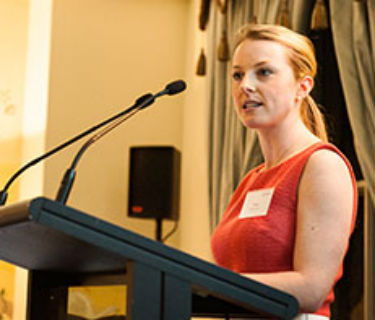 As a mechanism to promote the careers of promising students, a scholarship of $5000 is awarded to a Research Higher Degree Student from the Department of Obstetrics and Gynaecology for the best peer reviewed research paper published in the previous 12 months. The goal is to encourage research higher degree students to publish their research and present their findings at scientific meetings. The Scholarship is named in honour of Dr Hubert Sydney Jacobs (1892 - 1950), a respected Obstetrician and Gynaecologist who was an "Honorary" at the Royal Women's Hospital in the 1920's, and whose generous bequest funds the award. Dr Fiona Brownfoot from the Translational Obstetrics Group has won this scholarship in 2016 (two years in a row) with the research article titled “Metformin: a novel candidate treatment for preeclampsia”.