The 2018 Controversies in Neurosurgery was held at in the Charles LaTrobe Lecture Theatre at the Royal Melbourne Hospital 22nd & 23rd  November. 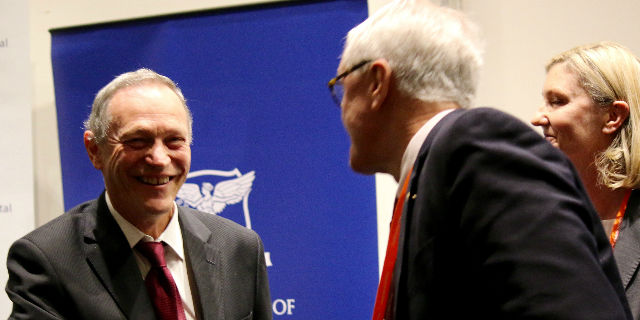 The conference offered to its audience of both neurosurgery trainees and practising neurosurgeons, a comprehensive coverage of controversial topics in Neurosurgery.

The conference provided an opportunity to listen to top international experts in neurosurgery such as Dr Basant Misra, Head, Department of Neurosurgery at P.D. Hinduja National Hospital and Medical Research Centre in Mumbai, Professor Aviva Abosch, Director of Research at the University of Colorado Hospital, Dr James Rutka also from Colorado in the United States, Dr Sergey Spektor, Head of Center of Skull Base Surgery at the Hadassar Medical Centre in Jerusalem in Israel, Professor Fred Gentili, Deputy Chief of the Division of Neurosurgery at the Toronto Western Hospital, and Professor Ian Harris, an orthopaedic surgeon from the University of New South Wales in Sydney.