P﻿rofessor Ingrid Scheffer in the Lancet 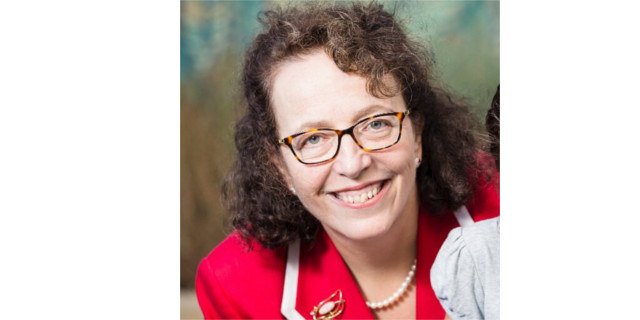 “Don't do medicine”, was the advice of Ingrid Scheffer's mother (a nurse). Thankfully, these were some of her mother's wise words that she would ignore. The young Scheffer found that caring for others was a part of her life from an early age, having lost her father aged 13 years and subsequently helping to look after her older brother with an intellectual disability. “I wanted to do medicine because I wanted a career that combined intellectual curiosity and caring, and to make a difference”, Scheffer tells The Lancet Neurology. “And later, I found research especially rewarding, because it has far greater reach, with the potential to improve lives of people worldwide.” She is now one of the world's leading experts in epilepsy, based at the University of Melbourne, the Austin Hospital, the Royal Children's Hospital, and the Florey Institute in Melbourne, Australia.

Before her career in research, Scheffer realised her dream to be a paediatrician. “I love varying my approach with the age of the child, and engaging with the whole family”, she explains. Later she specialised in child neurology at Great Ormond Street Hospital (London, UK), a journey she would undertake with her husband Graeme. During her time there, she worked with doyens and clinician-scientist role models, including paediatric neurologist Edward Brett and neurogeneticist Michael Baraitser. In 1991, after returning to Australia, she began her PhD focused on epilepsy genetics with Samuel Berkovic at the University of Melbourne. While some experts were sceptical about her hypothesis on epilepsy having a genetic element, she proved them wrong.

Scheffer has since described several forms of epilepsy and her collaborative research group pioneered the uncovery of a gene for epilepsy, and later, many of the several hundred other genes implicated in the disease. These revolutionary findings have improved diagnosis, informed genetic counselling, and enabled tailored treatments for specific forms of epilepsy and the development of new precision therapies. Scheffer has also led the official revision to the International League Against Epilepsy classification system, which has brought epilepsy classification in line with current scientific advances. Scheffer believes that the future of epilepsy lies in development of targeted therapies. “The cost of next generation sequencing is falling and it's so important for us to identify the aetiology of the patient's epilepsy to optimise treatment”, she explains. “There is no doubt we are in an incredibly exciting time in epilepsy.”

She is passionate about holistic care for her patients, both paediatric and adult, and their families. Scheffer's research also focuses on co-morbidities, such as autism spectrum disorder and speech difficulties. Her research in patients with Dravet syndrome—in whom Scheffer and colleagues showed that cannabidiol can reduce seizures—has led to insights on the role of vaccination, gait, speech, sleep, and sudden unexpected death in epilepsy, to name but a few. This work has been supported by 20 years of continuous Australian National Health and Medical Research Council funding, allowing Scheffer to work with inspiring scientists both in Australia and worldwide.

“Ingrid's work has been truly insightful into moving us forward in the way we think about the epilepsies”, says Helen Cross, Prince of Wales's Chair of Childhood Epilepsy and honorary consultant in paediatric neurology at University College London Great Ormond Street Institute of Child Health, London, UK. “Her careful approach to phenotyping has not only led to the appreciation of the role of genetics in aetiology, but reshaped our thinking in our approach to this group of diseases. It is a privilege to call her both a friend and colleague.”

Describing herself as both a clinical researcher and paediatric epileptologist, Scheffer is passionate about training the next generation of clinician-scientists in her position as founding vice-president of the Australian Academy of Health and Medical Sciences and chair of its mentorship committee. She recently delivered the graduation address for Monash University's Medical School (Clayton, Australia), where she studied medicine, and told graduates: “Being a clinician-scientist is about the journey—you need to identify important questions, design innovative experiments to answer those questions, and then show resilience when it all goes wrong! Most of all though, enjoy the journey.”

In 2012, Scheffer was named a laureate for the Asia-Pacific region for the L'Oréal-UNESCO Awards for Women in Science. “Since then, my career has gone up a gear”, she explains. “It made me realise that I could call myself a scientist, not ‘just’ a medical doctor, and it was great to have my work recognised internationally.” This award reinforced her staunch advocacy of women in science. She later received the 2014 Australian Prime Minister's Prize for Science, an award she received jointly with Berkovic, her mentor and colleague for the last 25 years.

“Brilliant, incisive, tireless, compassionate, and holding the highest of personal standards, Ingrid is among the finest physicians I have ever known”, says Dan Lowenstein, Professor of Neurology and Executive Vice Chancellor and Provost at the University of California, San Francisco, USA. “Extremely kind and light hearted, she has a profound understanding of the nature of the suffering experienced by patients and their families, and the impact of her many scientific discoveries on improving their lives is truly incalculable.”