A colleague admired and respected by all who knew him. 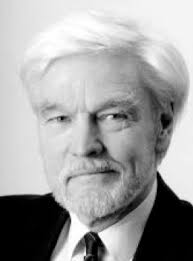 It is with great sadness, but with admiration for a life well filled, that we mourn the death of Rodney Syme (MBBS 1959), a colleague admired and respected by all who knew him.

Rodney was born into the ultimate Australian surgical family. His grandfather, Sir George Syme, was the foundation president of the R.A.C.S., and his father, Robert Syme, a highly respected general surgeon. He was also a descendent of David Syme, founder of the Melbourne newspaper The Age, which was unique at the time of its creation for championing the ethics of universal suffrage and free compulsory education, in a preconception of Rodney’s own principled commitment.

After completing training in general surgery and gaining additional experience in urology locally under the mentorship of Harold Story, Rodney undertook fellowships in London and Cardiff. He returned to Melbourne, where in 1969 he was appointed as a urologist to the Austin Hospital, and in 1976 to the Repatriation Hospital in Heidelberg. Upon their merger, he became the first director of the combined urology department, a role he held from 1996 to 2001.

Although a highly skilled technician with a particular interest in the management of urethral stricture disease, Rodney became best known for his intellectual and ethical approach to medical practice. To each trainee he demonstrated how every complex problem in urology was to be dissected into its component parts, be they anatomic, physiologic or social. His emphasis on questioning the validity of radical prostatectomy for low volume low grade prostate cancer – which was becoming increasingly apparent in the novel era of widespread PSA testing – led to the formation of the Victorian Radical Prostatectomy Registry, a precursor to what functions nationally now as the Prostate Cancer Outcomes Registry.

Rodney’s perpetual efforts to better the ethical constructs of his surgical practice culminated in his commitment to voluntary assisted death for terminally ill patients, which came to define his life after he retired from urology. Notably, this determination to reduce the suffering of others was developed based on his experience of men with bony metastases from prostate cancer. He founded Dying with Dignity Victoria, wrote the book A Good Death and became a passionate and articulate advocate for the rights of patients in such settings. He undertook to advise such terminally ill individuals, often at significant risk to himself.

On an episode of the panel show Q&A debating voluntary assisted dying, he declared that he was aware advising patients on how to end their own life could carry a jail term, admitted to having done so, and advised the police to come and arrest him if they felt the law could be prosecuted. In an episode of the program ‘Australian Story’ devoted to him, he noted that the driving force for his commitment to this cause was purely that his conscience directed him.

The ‘Dying with Dignity’ legislation he championed was ultimately legalised by the Victorian Parliament, and in other states. He received numerous awards, including The USANZ society medal, Australian Humanist of the Year, a nomination as Senior Australian of the year, and an AM, which he returned in protest against the views of Margaret Court.

Above all, Rodney was never motivated by avarice or ego, but only by compassion for others and a desire to better society. He fought hard to justify what he knew in his heart to be appropriate for the community and pursued such aims even to his own detriment. His socially progressive views were ahead of their time.

Rodney was a person unique for the personal strength, ethical wisdom and commitment to his views that he brought to surgery. Our society is a sadder place for the loss of a true leader who garnered the respect of all.