Message from the Head of School 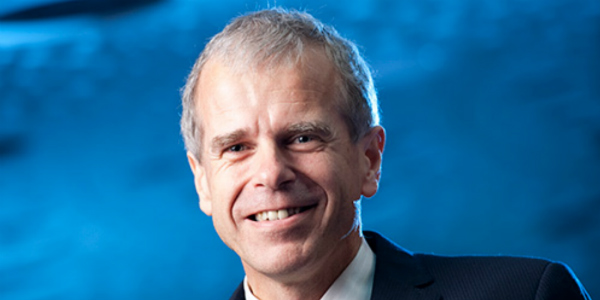 The Greek philosopher, Heraclitus, is quoted as saying "change is the only constant in life".  I think this Melbourne Medical School (MMS) editorial reinforces this notion by reporting on many changes within and outside our School which have bearing on our work.

The first change to report is the departure of two senior academic staff members from the MMS: Professors Ian Everall and Terry O’Brien.  Professor Ian Everall, who holds the Cato Chair in Psychiatry and is Head of the Department of Psychiatry, has accepted the prestigious position of Executive Dean of the Institute for Psychiatry, Psychology and Neuroscience at King’s College London.  It is noteworthy that our Dean, Professor Shitij Kapur was Ian’s predecessor in this role.  Ian has provided outstanding leadership in the Department of Psychiatry, the School and University generally.  His contributions of learning and teaching, research and engagement have been outstanding and he will be sorely missed.  Professor Malcolm Hopwood has kindly agreed to act as the Interim Head of the Department of Psychiatry.  Professor Terry O’Brien, who holds the James Stewart Chair in Medicine at the Royal Melbourne Hospital, has recently accepted the Van Cleef Roet Professor of Medicine (Neurology), Head of the Departments of Neuroscience and Medicine, Deputy Head of the Central Clinical School, Monash University and Director of Neurology, Alfred Health.  Terry has also made an extraordinary contribution to the MMS through learning and teaching, research and engagement.  Terry will commence at Monash University on the first of December this year.  An Expression of Interest process is underway for an Interim Head of the Royal Melbourne Hospital node of the Department of Medicine and Radiology. Both Ian and Terry will continue in honorary roles with the University.  I would like to take this opportunity to thank both of them for their support and leadership and wish them well for the future.

A second change is the development of a new governance structure for the Melbourne Academic Centre for Health (MACH).  The MACH was established as a joint venture in 2014 and recognised by the NHMRC as a one of Australia’s Advanced Health Research and Translational Centres in 2015. The new structure of the MACH has appointed our Dean as the chair of a board which will manage the strategy and operations of the MACH.  It is envisaged that several working committees will report to this group with their activity aligned to broader strategy of the MACH.  With the opportunity of the MRFF and other funding sources this arrangement will be important to the MMS in regard to both research and education.

A further change relates to the Metro rail project which is evolving outside my window as I write.  As many of you would know, this underground rail project will affect the environment around the University, particularly in Grattan Street for many years to come. The result will be a railway station in the middle of the precinct which will be an extraordinary asset in the long term.  In the short term however we will need to adapt to a changing physical environment. The MMS is fortunate to have the majority of its activity outside this area but I will keep you posted on developments with this project in particular the effect on the triradiate building.

I would like to congratulate the student organising committee of the recent MD student conference for their outstanding work.  Speakers such Clementine Ford, Julian Burnside and Connie Johnson certainly stimulated debate on a variety of important issues in health and beyond with an emphasis on change.  It is worth saying the MD student conference is a topic of great interest nationally and internationally in medical education forums in recent times.

To conclude I would like to thank all the contributors to the MMS newsletter – it is an valuable communication vehicle but it does require  the efforts of many to achieve.