A new study has identified and characterized the contribution of a protein complex to tumour progression and metastasis in colorectal cancer. 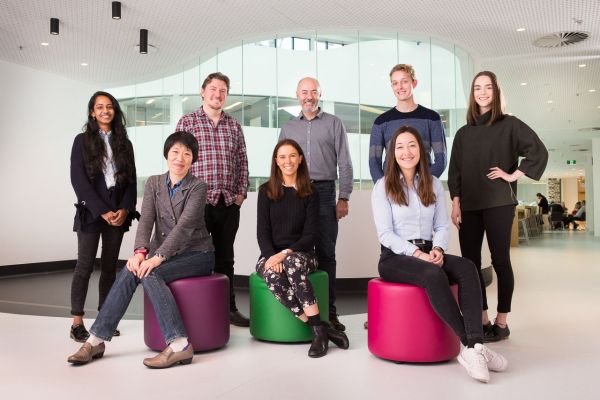 Published in Cancer Letters, the study was led by Professor Fred Hollande’s Tumour Heterogeneity in Metastatic Cancer group at the University of Melbourne Centre for Cancer Research.

The study focused on Laminin521, finding significant correlation between high expression of the proteins that make up this protein isoform and poor survival in colorectal cancer patients.

Laminins belong to a family of proteins that are present in the extracellular matrix –  acting as a scaffold between cancer cells. They are known to regulate how tumour cells move and divide, and when abnormally expressed they are thought to contribute to tumour progression. In the case of colorectal (bowel) cancer, the individual laminin proteins important in this process have been unknown.

Laminin521 was found to promote self-renewal and invasion in colon cancer cells – causing them to behave much like cancer stem cells. It does this by engaging with integrin molecules at the surface of cancer cells, leading to the activation of the signalling molecule STAT3, which is a reported promoter of stem-like cells. Importantly, blocking the interaction between Laminin521 and specific integrin isoforms led to reduced activation of STAT3 and decreased self-renewal.

This study suggests that targeting the activation of integrins by Laminin521 may improve the efficacy of cytotoxic therapy by decreasing the invasiveness of residual cancer cells and inhibiting post-treatment recurrence.