Zinc gets to the heart of the problem

Congratulations to Associate Professor Yugeesh Lankadeva and colleagues, awarded a MRFF grant to investigate the role of zinc in preventing complications after heart surgery.

Previously best known for gracing the faces of surfers, lifesavers and spin bowlers every Australian summer, scientists and doctors from the Florey Institute of Neuroscience and Mental Health and the Department of Critical Care at the University of Melbourne believe that zinc can be used to prevent life-altering complications after heart surgery.

Each year, more than 20,000 Australians undergo heart surgery requiring the use of a heart-lung machine, which allows the surgeon to operate while the organ is not moving.

However, the use of the heart-lung machine is not without risk, with 30-50%  of patients developing  severe problems with their brain and kidneys after their operation in intensive care units.

The development of this heart surgery-associated brain and kidney injury increases the amount of time patients spend in hospital and increases the risk of dying after the procedure.

It is of great concern that those patients who do survive have a greater risk of developing dementia and chronic kidney disease, which in turn can substantially diminish their quality of life.

Researchers recently discovered that zinc within the body’s cells plays a critical role in maintaining blood vessel health in the brain and kidneys.

In a group of patients undergoing heart surgery, they found that zinc levels are markedly decreased during and after the procedure. In an important scientific advance, they then developed new drugs capable of transporting zinc into the cells, where it can do the most good.

They have been awarded $1 million from the Australian Government’s Medical Research Future Fund (MRFF) to research this medication further in sophisticated experiments using large animal models to determine if it is able to reverse the harmful changes seen in the vital organs during heart surgery, and thereby prevent complications after the operation.

If successful, they hope to be able to test the drug in patients having heart surgery at Victorian public hospitals in the near future.

The research team that has developed this therapy is unique in Australia, as it partners the expertise of leading scientists from the Florey Institute with clinicians from Austin Health who routinely care for patients undergoing heart surgery, including surgeons, anaesthetists, intensive care physicians and perfusionists (those who run the heart-lung machine).

Associate Professor Yugeesh Lankadeva – who leads the team – noted that this was a key strength of the research program.

“Complex health problems require insights from a number of perspectives, but without knowing where the problems in the patient journey lie, it can be hard to know where best to direct your efforts.”

“By partnering with clinicians from leading public hospitals from the very beginning of a research program, we can rapidly move promising new treatments from the bench to the bedside. This means that we can have an impact on patient care – with patients recovering better and faster after their surgery thereby improving their subsequent quality of life.” 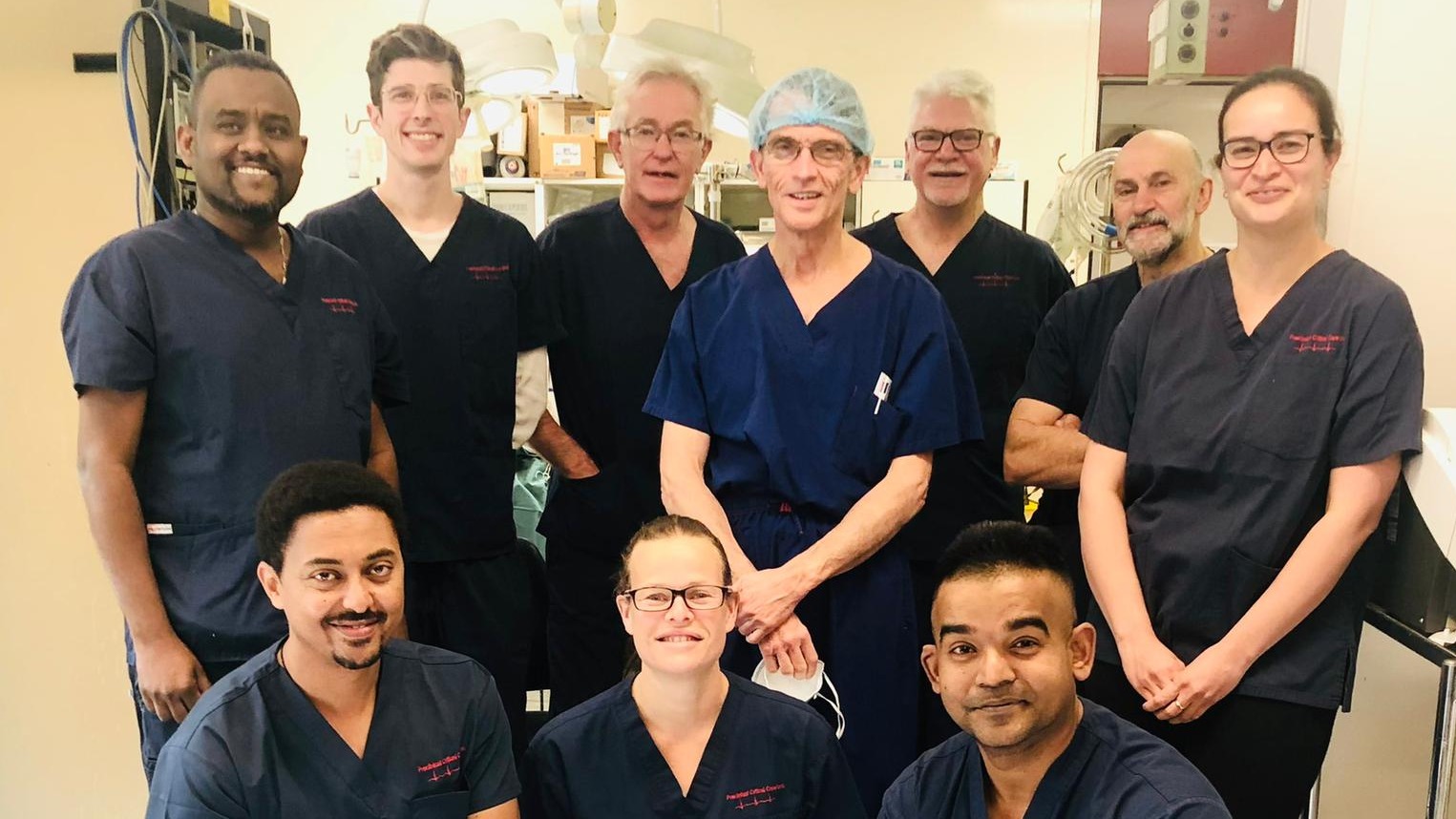