The Department of Rural Health, Melbourne Poche Centre for Indigenous Health and Kaiela Institute have partnered to develop the Poche Dungala Kaiela Fellows Program which supports First Nation PhD students from the Goulburn Valley region for the period of their candidature.

The key aspects of this program are:

Congratulations to Shani Crumpen who has just been selected to join the second cohort of Dungala Kaiela Fellows, with one more vacant position available for 2023. Shani’s studies into the Koori Resource and Information (KRIC) Archives began at LaTrobe University in Shepparton. Shani’s PhD studies, which she will undertake as a Dungala Kaiela Fellow at the University of Melbourne, will further her investigation into the KRIC Archives by examining their impact on the social and emotional well-being of First Nations peoples. 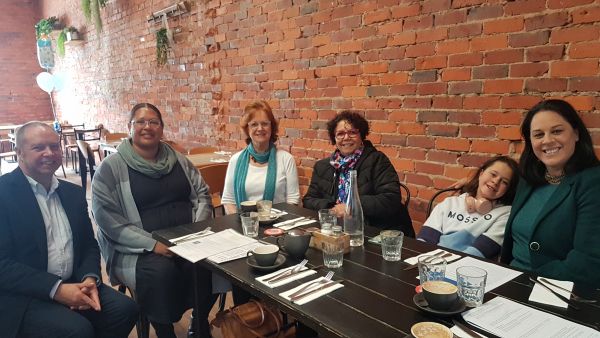 “We are proud to offer a program that delivers cumulative community intellectual capital that is generated within community” says Shawana Andrews, Director of Poche at the University of Melbourne.

This program has graduated three students so far – Dr Karyn Ferguson, Dr Tui Crumpen and Dr Raylene Nixon. Tui is now the Director of Kaiela Institute and Raylene is a lecturer at the Department of Rural Health. Karyn has been successful in securing a post-doctoral Fellowship with the Faculty of Medicine Dentistry and Health Sciences to continue her research.

“It is wonderful to see uptake of the Dungala Kaiela Fellowships in Shepparton. These Fellows are all leaders driving change within their communities” says Professor Lisa Bourke from the  Department of Rural Health, University of Melbourne. 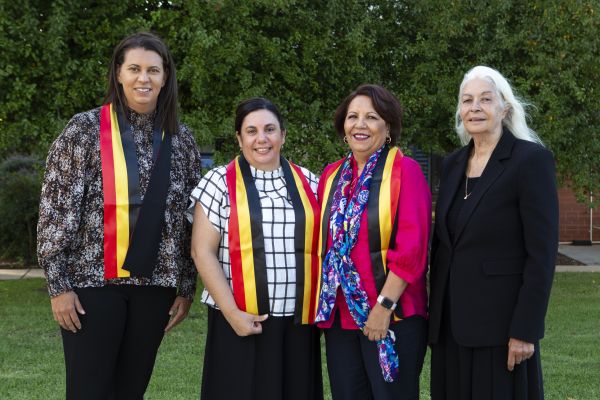