The Department of Surgery at Western Health is geographically located across two campuses; Footscray Hospital which bears a significant clinical load, and Sunshine Hospital where the Department is located in the  Western Centre for Health Research and Education (WCHRE) that provides a range of purpose built, state-of-the-art teaching and research facilities. The WCHRE is home to researchers, academics and educators from Western Health, Victoria University and the University of Melbourne. WCHRE plays a pivotal role in researching diseases that affect local communities, positioning Western Health as a leader in related academic and research fields.

Associate Professor Justin Yeung is the Head of the Department of Surgery, Western Precinct, University of Melbourne and is a consultant colorectal surgeon at Western Health. 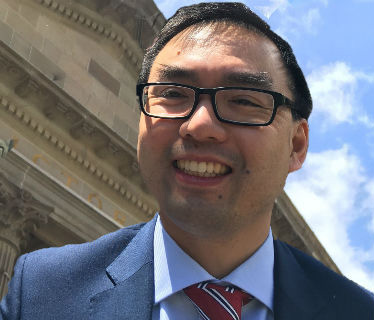 Justin graduated from Nottingham University in the U.K. and went on to complete his general surgical and colorectal specialist training in Nottingham.  He then underwent a pelvic floor fellowship in Sheffield, in the United Kingdom before being awarded a HCA International Foundation Scholarship which allowed him to complete a year’s specialist colorectal cancer fellowship at the Peter MacCallum Cancer Centre, Melbourne, Australia.

Justin returned to the U.K. and worked at the University Hospitals of Leicester as a consultant colorectal and pelvic floor surgeon in 2010.  He was then awarded the honorary title of Senior Lecturer in 2016 with the University of Leicester.

In 2017, Justin became the Head of the Department of Surgery, University at Melbourne, at Western Health, and since then has developed research interests in Colorectal Surgery in particular in the field of improving cancer outcomes through multidisciplinary collaboration as well as the development of Registry trials.

Finally, he is keen to support and promote education and training in the clinical environment, in particular with the development of online educational materials.