We are saddened to hear that Professor Roger Short died on the 6th of August 2021. He was a professorial member of our department from 1996 until his retirement, his final academic appointment. He was a legendary reproductive biologist, a mentor to many, and an exceptional storyteller. 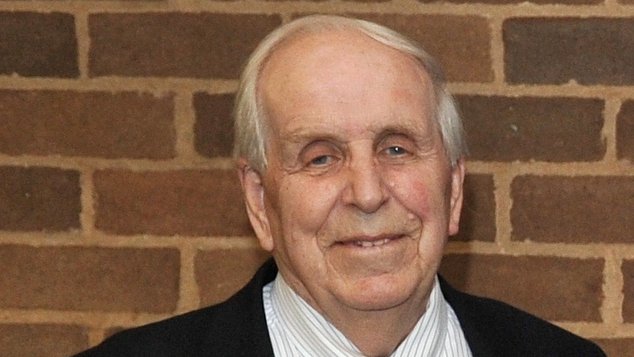 Roger Valentine Short was born in Surrey, England in 1930. He initially trained as a vet at Bristol University, completing his degree in 1954. He then completed a Fulbright Scholarship in the states, followed by a PhD at the University of Cambridge.

His research commenced at the Agricultural Research Council’s unit in the Dept of Veterinary Clinical studies, University of Cambridge until 1972. At age 44, he was appointed director of the Medical Research Council Unit of Reproductive Biology in Edinburgh (1972-82). He teamed up with the legendary obstetrician and gynaecologist Professor David Baird to run a globally renowned research institute – a formidable scientist and clinician pairing. There, he trained numerous scientists who themselves moved on to stellar careers, such as Prof Jock Findlay (Prince Henrys Institute) and Prof John Aitken (Newcastle).

The period while he was undertaking research in Cambridge and Edinburgh were heady days in the world of reproductive endocrinology - actions and molecular pathways of many hormones were being discovered at pace, such as progesterones and estrogens. Roger was in the thick of these discoveries and his globally impactful research is precisely summed up by the fact he published a remarkable 20 papers in Nature, and another 20 in The Lancet.

Much to Australia’s benefit, he moved to Melbourne in 1982 to take up a personal chair as professor of reproductive biology in the department of physiology at Monash University. Finally, in 1996 he joined our department.

Roger’s interests extended well beyond the nuts and bolts of reproductive endocrinology. He developed a deep passion to warn all of the dangers of unchecked human population growth. His lectures on the topic were phenomenal. He ran a series of lectures to science and medical students. By the end of each lecture series, he will have predictably touched students so much that legions will flock to him, to join his crusade, to make a difference.

He was a master orator. Stephen Tong (his devoted mentee) watched him present a plenary in Belgium during the late 90s. At the start, he announced he had abandoned his slides and will present ‘off-the-cuff’. The oration was so utterly moving that during the periods of silence punctuating precisely chiseled sentences it would have been absolutely possible to ‘hear a pin drop’.

Another skill he was renowned for was lateral thinking. A vivid example was the way he set about to prove Melatonin is linked with circadian rhythms in humans. To obtain objective data he acquired an instrument that recorded his internal body heat (via a probe in the rectum). Continuously wearing this device, he booked an around-the-world flight to see the effects of jetlag. Between flights he had to request manual body searches as he feared body scanners might wipe precious data from the sensitive recording instrument. Upon arriving at one European city he was stripped down. The sight of a nearly naked adult holding an instrument with wires disappearing into unconventional regions provoked much anxiety among the security team who were uncertain whether they were dealing with an urgent bomb threat.

To many of us, Roger’s defining legacy is his peerless commitment to mentoring. Stephen (Prof at Mercy) had the privilege of being taught all the tools of academia as an eager medical student by Roger – how to write (papers were penned line by line at his home with deep analysis), how to present with impact (avoid bullet points, end strongly, cut down on slides), and strategies to think laterally. Stephen is merely one of many mentees - those who regard Roger as their mentor would surely number in the many hundreds.

The world is a dimmer place with the passing of Roger. An incomparable humanitarian. A man who for decades traipsed the globe carrying his personal ‘creed’ in his wallet. A statement he lived by, one which ends: “Am I my brother’s keeper? Yes, yes, a thousand times, yes”.