What is ADHD and why is it still so controversial? 2016 Alice Barber Lecture 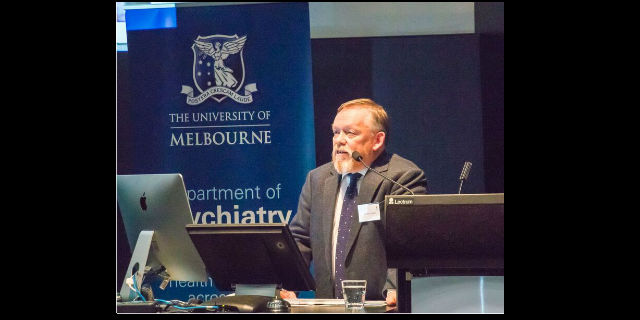 Alice Barber graduated with a Bachelor of Medicine and Bachelor of Surgery from the University of Melbourne and on her death the Alice Barber Memorial Fund Committee presented to the University a sum of £475 2s 2d for the purpose of perpetuating her memory. The Alice Barber annual lecture, co-sponsored by the Melbourne Medical School’s Department of Psychiatry and the School of Psychological Sciences, is held annually in memory of her work as a practitioner in the field of psychotherapy and a teacher of the University.

On 18 August 2016 it was standing room only in the Ian Potter Auditorium when Professor Dave Coghill presented the 2016 Alice Barber Lecture. In his lecture on ‘Fidgety Phil and Head in the Air Johnny: What is ADHD and why is it still so controversial’ Professor Coghill explored the evidence that supports the validity of Attention Deficit Hyperactivity Disorder (ADHD) as a concept and disorder and at its impact on functioning across the lifespan. The current evidence that helps understand some of the causes of ADHD and the concept of heterogeneity that suggests ADHD is in fact the common outcome of several causal different pathways was also discussed.  The treatments of ADHD, both medical and non-medical were also presented.