Sara Baratchi award of the Australian Society for MechanoBiology

Congratulations to Baker Department of Cardiometabolic Health member Dr Sara Baratchi for receiving the inaugural Outstanding Service Award from the Australian Society for MechanoBiology (AuSMB) at its first AGM in October and for the establishment of a continuing named award (Sara Baratchi AusSMB award). 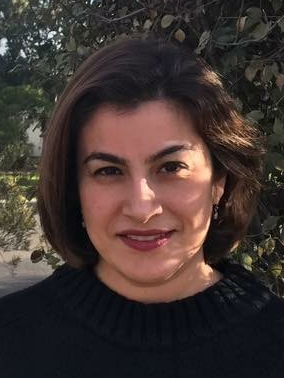 Sara was one of the founding members of AuSMB in 2019 and has helped to build up the group to the point where it will be hosting the International Symposium on Mechanobiology in Australia for the first time in 2022. At the conference, an annual award will be given out in Sara’s name to recognise a significant discovery or contribution to the field of mechanobiology.

AuSMB represents interdisciplinary researchers interested in understanding how physical forces and cell/tissue biomechanics contributes to development, physiology and disease. Its purpose is to promote the development and circulation of knowledge in the emerging field of mechanobiology, giving recognition to more than 50 leading Australian scientists working in this area, as well as training the next generation of researchers.

Sara is the head of the ‘Mechanobiology and Microfluidics Research Group’ at RMIT and works closely with Karlheinz Peter and Xiaowei Wang at the Baker Heart and Diabetes Institute and within the Baker Department of Cardiometabolic Health, and the idea for AuSMB was sparked from a discussion with Xiaowei about her successful involvement in setting up of the Australian Society of Molecular Imaging. It’s fantastic to see our colleagues taking the lead on these initiatives to encourage important collaborative work.