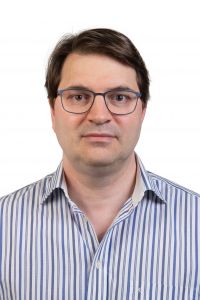 As a Bob Dickens Research Fellow, Dr Rutz continues to work on his innovative surgical technique for a gait disorder that affects children with the most common form of mild cerebral palsy, known as hemiplegia.

The surgery adjusts their leg muscles where the ability to walk and run has been compromised.

Dr Rutz brought the technique to Australia about 18 months ago, after pioneering it in Switzerland. After wearing a cast for about six weeks, all 12 patients helped in Australia so far could lift their foot and place it more smoothly, improving their walking and running ability.

“It’s about muscle tendon balancing around the ankle joint,” Dr Rutz explains. “Most of them could, for the first time in their life, do this movement to bring the foot up, which is a great improvement.

“In the long-term it will help them walk without the need for an ankle foot orthosis.”

His Fellowship has included a retrospective analysis of children with cerebral palsy and foot drop, which is an inability to lift the foot during the swing phase and causes tripping, falling and gait problems.

“Interestingly, there was a difference and that's something that wasn't known in the literature,” he says.

Dr Rutz will use the final phase of his Fellowship to design a robust randomised control trial to see how his surgical technique works on children with varying conditions.

“We are now defining parameters like selective motor control, amount of spasticity in the calf muscle and muscle weakness,” he says.