The Australian neurological community lost a visionary and inspirational leader with the passing of Peter Bladin (BSc 1951, MBBS 1954, MD 1971) in May 2022. 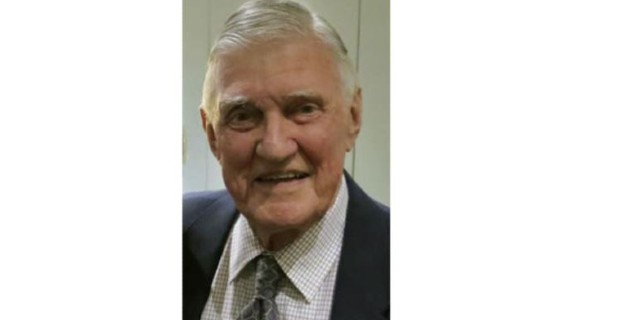 The Australian neurological community lost a visionary and inspirational leader with the passing of Peter Bladin (BSc 1951, MBBS 1954, MD 1971) in May 2022.

Peter graduated in medicine as Dux from Melbourne University in 1955 and then had internship and registrar posts at St Vincent's Hospital, Melbourne. His postgraduate studies (1959–1960) were at Queen Square, London, including service under Sir Roger Gilliatt. He returned to Melbourne as a consultant physician at St Vincent's Hospital (1961–1965) where he authored the first paper on direct puncture carotid angiogram, showing that ischaemic stroke could be due to embolism from the carotid artery.

In 1966, Peter took a chance and joined Austin Doyle, Professor of Medicine at the nascent new clinical school at the Austin Hospital. He was appointed Director of Neurology, with instructions to build an academic neurological department. He did this in spades.

He was a superb intuitive clinical neurologist, but always told his trainees that neurology was “much more than pupils and knee jerks”. He was troubled by the fact that epilepsy and stroke, the two most important neurological conditions affecting productive lives and with major psycho-social impact, were of little interest to many in the classical English neurological tradition.

Peter set out to change the practice of neurology in these two major sub-disciplines and, by the force of nature he was, succeeded brilliantly. He established the first Comprehensive Epilepsy Program in Australia (at the Austin), founded the Epilepsy Society of Australia (ESA) (against some opposition), and founded the Stroke Society of Australasia. Peter was also past President of the National Epilepsy Association of Australia and the Australian Society for Neuropsychology.

In 1970, to establish an epilepsy program, he travelled around the world, inspected other units in detail and had extensive consultations. He appreciated the importance of organised

clinical programs and teams, as opposed to the then model of a sole consultant specialist. The initial team included Dr Kevin Walsh (MBBS 1951, BSc 1955, BA 1959, MSc 1960), the founder of neuropsychology in Australia, Mr John Woodward, a dynamic neurosurgeon and one of the authors (FJE Vajda, neuropharmacologist) who established drug assays and clinical trials. An epilepsy surgery program was established, including intracranial EEG studies.

At that time, epilepsy surgery was shunned by most neurologists and the procedure was tainted by incorrect comparisons to psychosurgery. The Austin program flourished with excellent results. Peter carefully audited the outcomes but became concerned about psychosocial aspects. In 1989, he took a sabbatical and travelled around Australia, visited the patients in their homes, and did a comprehensive analysis of medical and psycho-social outcomes. He realised there was a ‘burden of normality’ in successfully treated patients and then set up a program to formally assess and manage this.

In 1977, Peter established Australia’s first stroke unit against intense local resistance within the hospital. He rightly surmised that experts doing things well are likely to improve outcomes. This hypothesis was well and truly substantiated and management of patients after stroke by dedicated stroke units is now accepted practice worldwide.

Peter had a remarkable sense of humour and a razor-sharp wit. He was decisive, opinionated and justifiably proud of his heritage. His father was Air Vice Marshall Frank Bladin who was in charge of logistics for the invasion of Europe in June 1944. He was sent to organise the defence of Darwin after the Japanese bombing and took the Japanese surrender.

Tragically, Peter lost his wife, Dawn, a few years ago and this had a major impact on him. His children, Chris, Lisl and Peter Mark have always been a major focus and supported Peter, as did his sisters, Sandy and Jacqueline.

Peter's passing leaves us feeling a great personal loss and a huge void, like the loss of a very close relative. We offer our condolences to all his family and our colleagues.